I had laparoscopic excision surgery earlier this month for endometriosis. It was loooong overdue and my surgeon was excellent, which means no more pain! Seriously, I haven’t had a single day without some form of pelvic pain or muscle tension in years, so this is incredible.

Anyway, he popped the hood and did a bunch of stuff. In addition to removing sheets of scar tissue that had formed after my last (unsuccessful) surgery seven years ago, he placed a Mirena IUD. I was always scared of having one placed because I’d heard it was so painful, but he assured me that he could do it while I was 100% out. And readers, I feel great and am so glad I did it!

I’d been on a pretty heavy dose of Megace for about a year and a half. Megace is a heavy hitter and is one of the strongest progesterone medications out there. It’s not really meant to be taken long-term, but the gynecologist who prescribed it back in the day didn’t tell me that. She also failed to mention that it wouldn’t actually treat my endometriosis–it just stopped my periods. I mean, that’s great and all, but I was under the illusion that I was actually treating it. Instead, I was just building up some heckin’ heavy uterine lining that my surgeon had to scrape out. Ew.

I stopped the Megace cold-turkey a few days before my surgery, with the blessing of my endocrinologist. (I have a lot of health stuff going on in addition to the bipolar disorder.) He ran a fasting cortisol panel to make sure the Megace wasn’t destroying my adrenal glands. Everything came back totally normal, so boom, no more Megace. And hello, Mirena!

But, as we all know, hormonal shifts can have huge implications for people with mood disorders. My bipolar disorder has been amazingly stable for years–you all may recall way back in the day when I was first diagnosed (2013!). I’d been on more or less the exact same doses of medication since then, with minor adjustments to my lithium and a change in the type of antidepressant (from SSRI to SNRI) when I first started taking meds. It’s pretty rare for a patient to not have adjustments within a five-year period, but I was one of the lucky ones.

I saw my psychiatrist yesterday and mentioned a few things I’ve noticed–tiny bits of hypomania peeking through and depression where it shouldn’t be. Fortunately, I’ve been very tuned-in to my body and my moods for years because I have to be in order to stay healthy and sane. Being in the mental health field has also helped, because I now have more precise language to describe what’s going on with my moods. My psychiatrist, who I initially had doubts about, has been pretty awesome the last few times and worked with me to determine what meds to adjust and how much. She seems to get that she has the medical knowledge and I have the experiential knowledge, so together, we’re a treatment powerhouse.

I’ve been sleeping a lot more than usual lately and my appetite has been really weird–up one day, then down for a couple days, and so on. I slept thirteen hours the other night and eleven-and-a-half last night. I would have slept later today, but the cats were staring at me when I woke up from my third alarm and I needed to get up and feed them. Groan.

Here are my current meds, for anyone who’s interested. Please bear in mind that these are my doses and that your needs may be different (either a little or a lot!). As always, work with your doctors and make sure everyone’s in the know, especially if you see a few different specialists regularly like I do. They’re part of your wellness team, so make sure they’re up to date!

I’ve dropped the 60mg of Megace and also my 5mcg of liothyronine (a T3 thyroid medication) so far this year! My current regimen sounds like a lot, but it’s actually the smallest amount of meds I’ve taken in years. Here we go!

And that’s it! No more birth control pills because Mirena’s got my back. Now that I’ve more or less adjusted (a few aches and pains similar to what I remember PMS being like) to it, I’m feeling pretty good. I still have some residual pelvic achiness from time to time, but my surgery was less than a month ago and things are still healing internally.

How are your meds going, readers? Or are some of you fighting the good fight without them? Summer can be rough for a lot of us mood-wise–hypomania and mania tend to spike, so we have to be extra vigilant. Let me know how you’re doing in the comments! 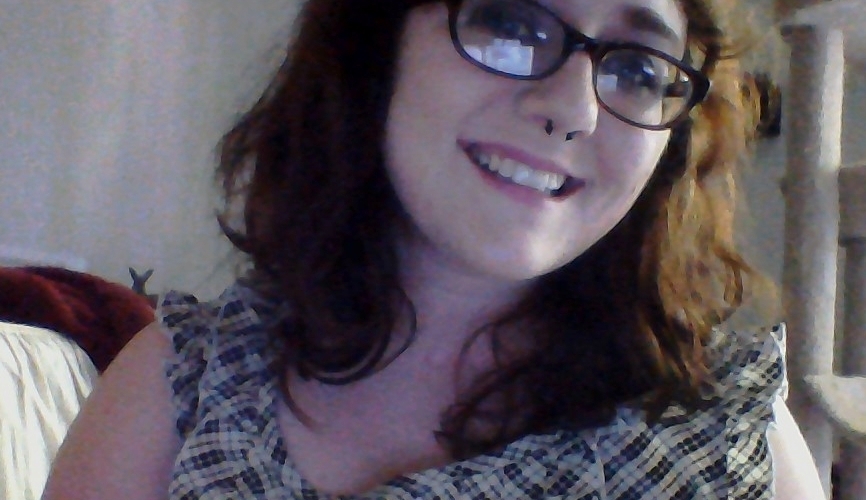 I can’t remember the last time I was sad. Granted, my memory’s not great, and there was a lot of crying last week because of all the trauma that was suddenly dragged to the surface, but now that I’ve made my peace with that—or at least, beaten the beast back into its cage, tucked safely away deep underground—I feel good. Not hypomanic- or manic-good, but balanced, settled. Things aren’t going the greatest right now, but at least I have the concrete knowledge that they’re going to get better sooner rather than later.

This regimen seems to be working well for me. I’m sort of scared that it’ll just stop working, which is what I’ve experienced in the past with psych meds as well as endometriosis treatments, but I’m trying to stay positive.

Speaking of endometriosis, I met my new pain doctor on Thursday; he and his PA are both excellent. She spent some time asking about the nature of my PTSD and then informed him, and he actually asked if it was okay if he examined me before inviting me to hop up on the table. That was a whole new experience for me, and while I don’t really like being treated that gingerly, it was obvious that he was making an effort to make me feel comfortable, and I appreciated that.

I had some trigger point injections done yesterday morning; the knot of muscle was located very low, well below the bikini line in my general pubic area, but I didn’t feel nervous about him touching the spot or doing the injections. Because of my initial impression of him, I found it very easy to trust him implicitly. First impressions matter.

Right now, I’m in quite a bit of pain…about a level 7, which isn’t fun but is something I can tough out. As D. has told me, I’m “a tough old broad, a bad motherfucker.” Several people have suggested I buy the Pulp Fiction wallet and after everything I’ve been through with the pain in the last few years, I just might. It feels like a cautery knife is running back and forth through my lower abdomen, but my mother assures me that this will subside in a few days.

Readers, what do you use to distract yourselves?